“Birth is pain, death is Jokanji1” or
How It Was That Her Karma Ran Over Their Dogma... 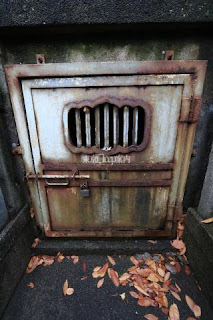 Jokanji Temple is a tiny edifice at 2-Chome 1-12 Minamisenju, Arakawa, Tokyo. Arakama was known as Yoshiwara during the Tokugawa Shogunate (1600-1868), and was the licensed red light district. Girls were enslaved in the district as prostitutes from their early teenage years until the age of 22, though most died by 17; it is estimated that 20,000-25.000 of them are buried here. It's an unprepossessing area today, full of typical Japanese “Love Hotels” (Radu Hoteru), or short-stay—a few hours, mostly—hotels. That's not to mention illegal brothels, as well. In the late evening mists it seems that ghosts float east from the nearby Sumida River and hover over the old cemetery, popularly known as Naga Kome Dera (“Throw-Away Temple”). “Throw-away” obviously does not refer to old ramen bowls or broken chopsticks. Memories of my visit there—as well one to a similar district in Yokohama—led to the following:
Mom was mom, choral director, senior university administrator and general organizer par excellence. She ruled her realms with strength, compassion and smarts. She was also underpaid, under-promoted and underrated by her male counterparts. Perhaps her greatest talent was the ability to completely ignore the aforementioned masculine nonsense. (Well, most of the time. She could put them in their place when most needed.)
Mom, however, isn't the 'her' of my title. She is also an inspiration, but my blog entry focuses on one of the more interesting juxtapositions in the Christian Bible—the book of Ruth, followed a bit later by those of Ezra and Nehemiah. Ruth was a farmer's daughter, a Moabite widow of a Hebrew. Her Hebrew mother-in-law had been displaced earlier by famine and settled in Moab, where her sons took local wives and then died.
I can relate. Mom and dad were displaced by something called the “Dust Bowl,” mom from South Dakota and dad from Kansas. An Indian immigrant 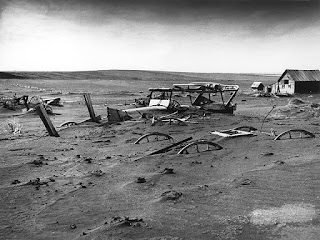 Where you go, I will go;
where you lodge, I will lodge;
your people shall be my people,
and your God my God. Ruth 1:16 (NRSV)

“Movers,” which is the classic derogatory American epithet for folks like Naomi and Ruth, inevitably have one or both of two motives: to escape something, or to get something. My birthplace, Los Angeles, is famously known as the place people go to reinvent themselves. However, my experiences teaching in L.A. taught me that there is an equally large population of Angelenos—including, of course, my own family—who came to escape poverty, hunger, oppression, civil anarchy, and even genocide.
It's not clear just why Ruth decided to move. It may have been her affection for and sense of duty to her mother-in-law, the possibility of being rejected by her fellow Moabites as the widow of a Hebrew, or just a desire for adventure or a society she sees as preferable to Moab. As a woman at first traveling, and then living in a strange community, she is and will be extraordinarily vulnerable. Ordinary women, whether traveling or simply seen as strangers, were open to exploitation or violence, with no practical recourse, as witness the Genesis stories of Sarai and Dinah10. Even within their own communities, as Susanna's story shows, they had to worry about their safety in ways that most men would not. Ruth shows a clear recognition of her vulnerability when she eagerly seeks out, with Naomi's advice, the affection and protection of the wealthy Boaz.
Ruth seems to be welcomed for two reasons; one is that she has agreed (see quote above) to convert to Judaism, and the other is that she is female. A woman would be much easier to integrate into the community, since she would likely marry or become available as a servant (read slave). That she achieves the former status is, at best, only partly attributable to her innate qualities of character and diligence. As a woman, she is not, after all, a threat.
Things haven't changed much: as a career sailor, I observed a number of marriages between sailors and foreign women. The degree of acceptance the wives experienced outside the immediate naval base families depended largely on how much the women managed to adapt to and adopt the language, manners and acculturation of America. Accompanying this, at least among Pacific Fleet sailors, was the legend of the sexual availability of Filipina wives outside marriage. Ruth, in fact, might end up gang raped, as Boaz prudently realizes and prevents.
When the Hebrew exiles return to Jerusalem, there is a significant contrast. Ezra and Nehemiah, leading the post-exilic community back to Jerusalem, take great pains to 'purify' people who had been living, many comfortably, in a foreign land. They read out and interpret the Hebrew law and custom and ruthlessly cull out the non-Hebrews, especially non-converts11i.
Living in exile, the returnees have grown used to living easily among gentiles, often intermarrying, learning new languages and customs. To their leaders, the Hebrew scribes appointed by the foreign ruler, this small group, living and rebuilding a tiny portion of the old, large Jerusalem are engaged not only in building anew, but recapturing a culture and religion many of them have forgotten or never known. In light of Ruth's story, it is notable that Moabites are specially selected for approbation, based on their long-ago actions against the Egyptian refugees.
Both Ezra and Nehemiah, trained in scribal schools to be recordkeepers, and more importantly, to administer the written rules and decrees of the empire, go about restoring Hebrew culture and religion by reading aloud and interpreting the Torah. In it, they find strict and uncompromising instructions about membership in the tribe, which requires immediately turning away non-Hebrews, even to the point of separating families and married couples who do not meet the requirements of religious conversion and ethnicity.
In many ways, the stories of Ruth and the post-exilic leaders exemplify the conflict between the Pharisees and Sadducees of later Jerusalem, one (Pharisees) the party of the common people, but a minority in the Sanhedrin, and the other the party of wealth and power, who insist on strict observance of the law, with no place for spirituality. Similarly, Ruth and Naomi both enter cultures as strangers and find acceptance based on what they have to offer, while the returned exiles find themselves confronted by the requirement to revert to an older and possibly outdated custom based on the scribes' interpretations of the law12.
Comparisons and analogies can be stretched only so far, but it is still interesting to think about the difference between the early, pre-kingdom stories preserved and edited by post-exilic scribes, and their scribal interpretation of the Torah. Despite the Torah, early Judah was primarily an oral society13, where meanings were derived from face-to-face tellings, retellings and discussions. (It has been said contemporarily--by Jews themselves--that in a room with three Jews, there will be a least five opinions.) Later on, in imperial and urban settings, the combination of commerce and governance privileges the authority of text, and thus those who wield that authority by dint of being its owners and interpreters.
Ruth's Judah is a personal, subjective community; Ezra and Nehemiah's Jerusalem is based on broad, objective and impersonal requirements—the only kind that can be broken into strict, legalistic, textual categories. It is notable that Christianity is essentially a personal faith, brought to us by a Christ who becomes human and calls us first to a close, rather than categorical, relationship. That this has something to say about institutional, rather than communal, Christian communities need not be pointed out. (Although I am doing that, of course. Mea culpa.)

Notes
1Engraved graffitti at Jokanji Temple.
2From http://ladentdeloeil.net/mizu-shobai-japan-tokyo-yoshiwara/
3By Sloan (?) [Public domain], via Wikimedia Commons
4Ironically, it means “Dry Creek” in Spanish.
5My dad's mom died long before I was born, but I did have his widowed second wife, who was also 'grandma.'
6Kudos are also due Heber the Kenite, who slew Sisera with a tent peg after the battle.
7 Ruth is David's grandmother: Ruth 13:17-22.
8See especially Schniedewind, William M. How the Bible Became a Book (Cambridge, UK, Cambridge UP, 2004), p. 193
913th Chapter of Daniel. It is also included in the Orthodox and Coptic canons.
10Gen 10: 12-20; 34:2
11Ezra 23, Neh 13. 1-3, 23-30.
12There is an obvious parallel in the contemporary Holy Land's uneasiness involving Jews and Palestinian Arabs, and even between right wing Haredim and less orthodox or secular Israelites.
13Oral societies are not necessarily illiterate ones, but ones which privilege the authority and importance of oral, and often symbolic, communications over the textual.

Posted by Mel McNichols at 1:22 PM

Mel McNichols
I am a retired horse person, college teacher, Navy journalist and filmmaker and current father and grandfather with a keen interest in grokking what it means to grow up and live at the beginning of the postmodern era. If possible, I'd to get a handle on the two great postmodern bits of scripture: Job and I Cor 13.13.